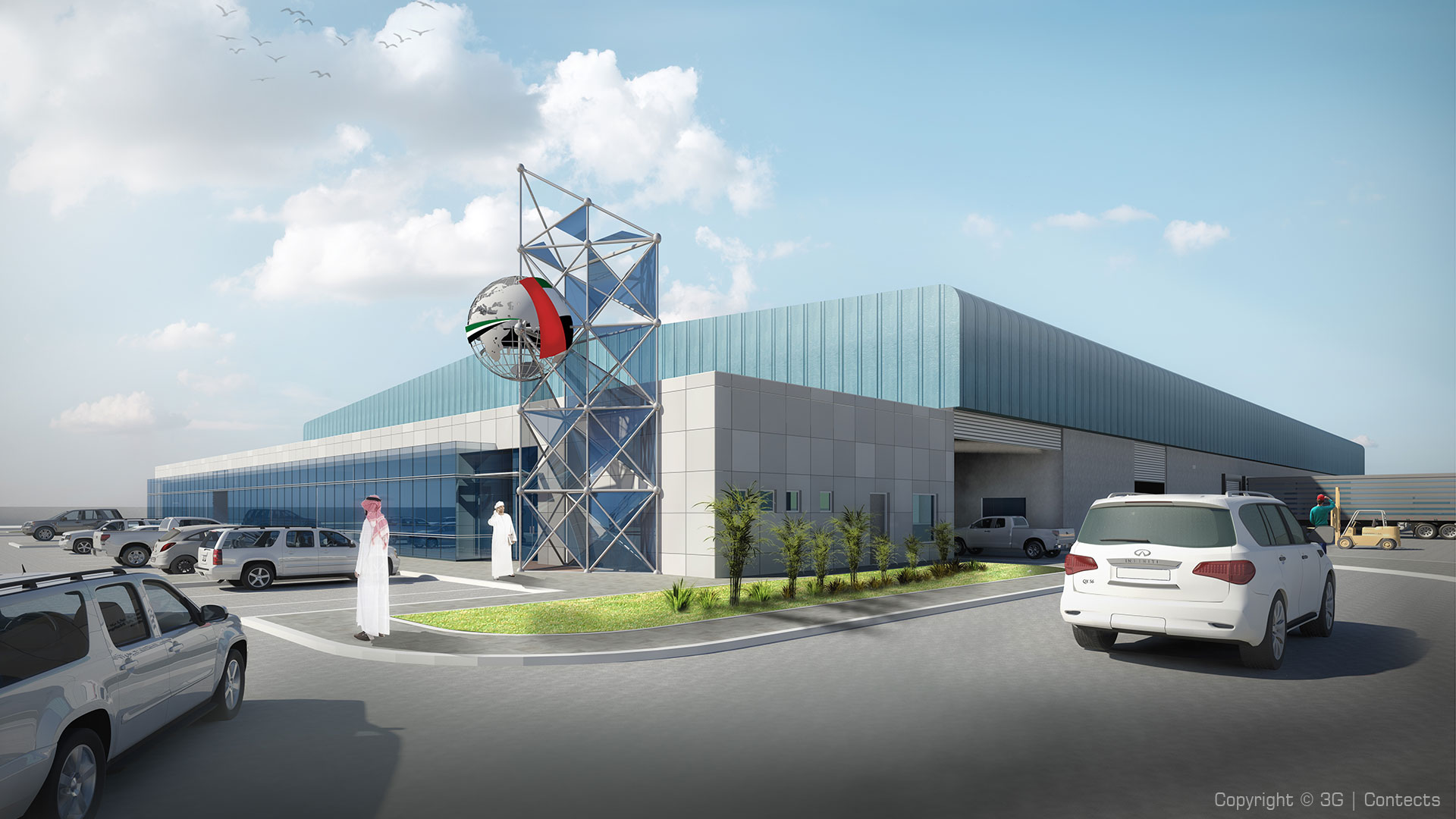 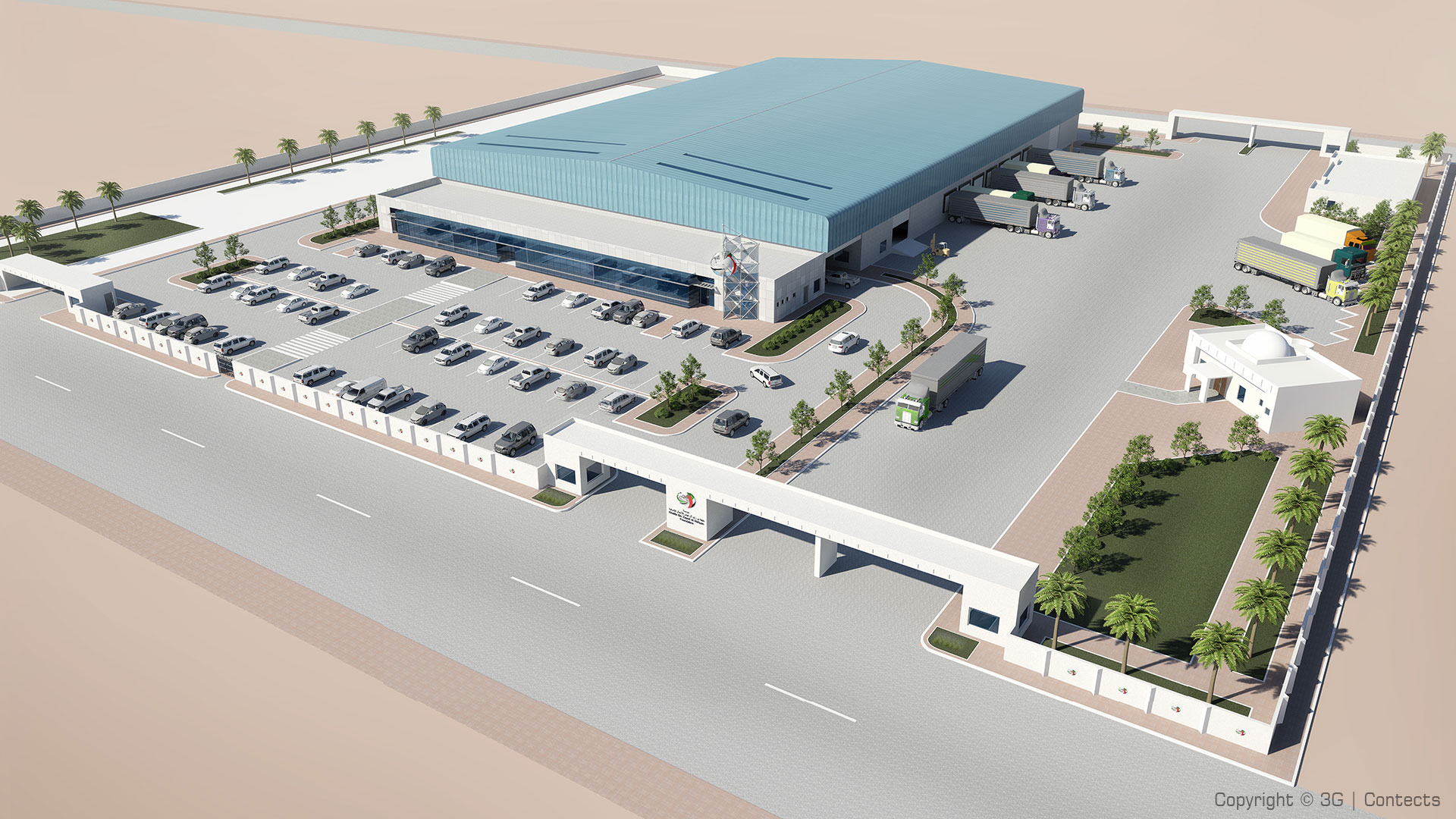 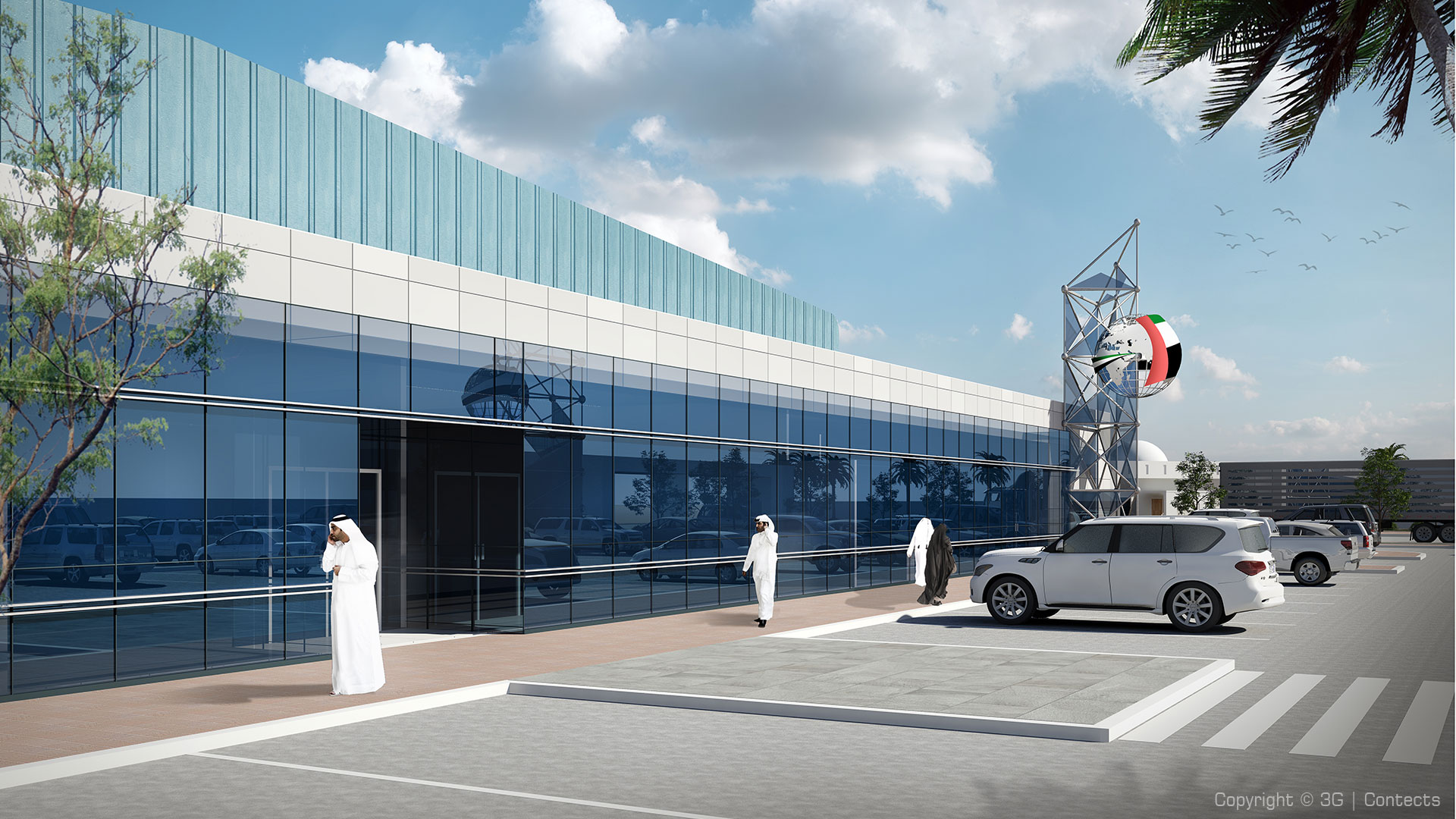 The architectural concept design of the warehouse aims to narrate the story of Sheikh Khalifa Bin Zayed Foundations consistent pursuit in providing humanitarian aids to the ones in need locally and globally. As seen in the design, the solid block surrounding the glass beneath it compares to an obliging hand caressing and providing for the weak and needy which is signified by the glass structure. A steel structure element was established as a focal point for the center, in which all the project masses are directly pointed towards it to signify its prominence. In addition to displaying the foundations logo, the structure holds an expressive characterization of the foundations vision in serving humanity. The structure consists of various components with gaps in between; the element represents the world, while the gaps hold a symbolic representation of life nuisances that are to be healed. The foundations noble position as a generous patron was signified by the triangular components that are continuing to trend in a mission to fulfill the surrounding gaps. As you gaze up into the structure, you apprehend the roaring pattern of philanthropic endeavors crawling its way up in an attempt to end all sorrow. The structure could also be utilized as an insignia in all other centers planned to be built, it serves as an identity and physical representation of what the foundation stands for.

The project is consists of 25 distribution centers across all 6 Northern Emirates. Each center includes a warehouse with an attached office building, mosque, and staff accommodation. 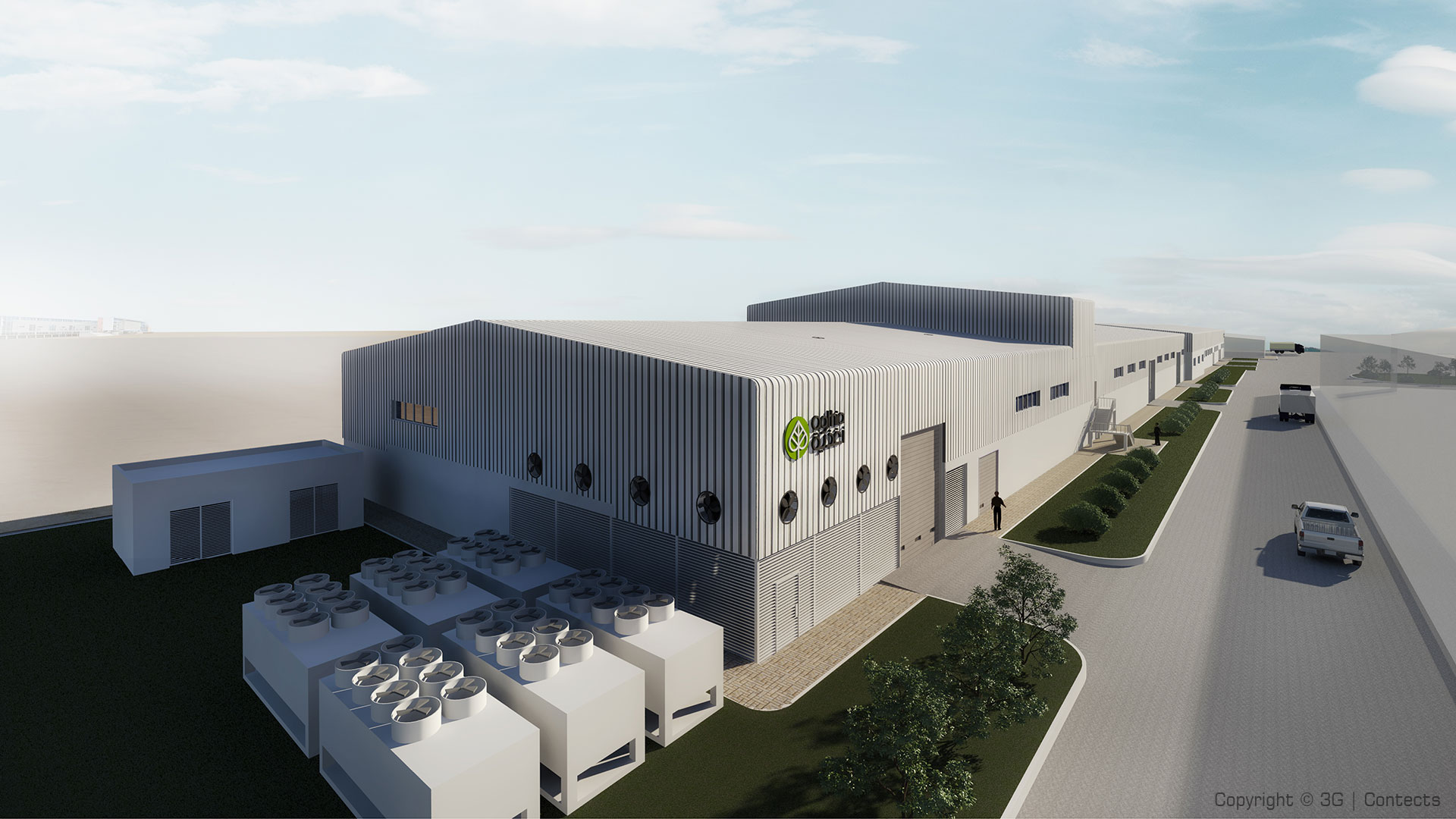 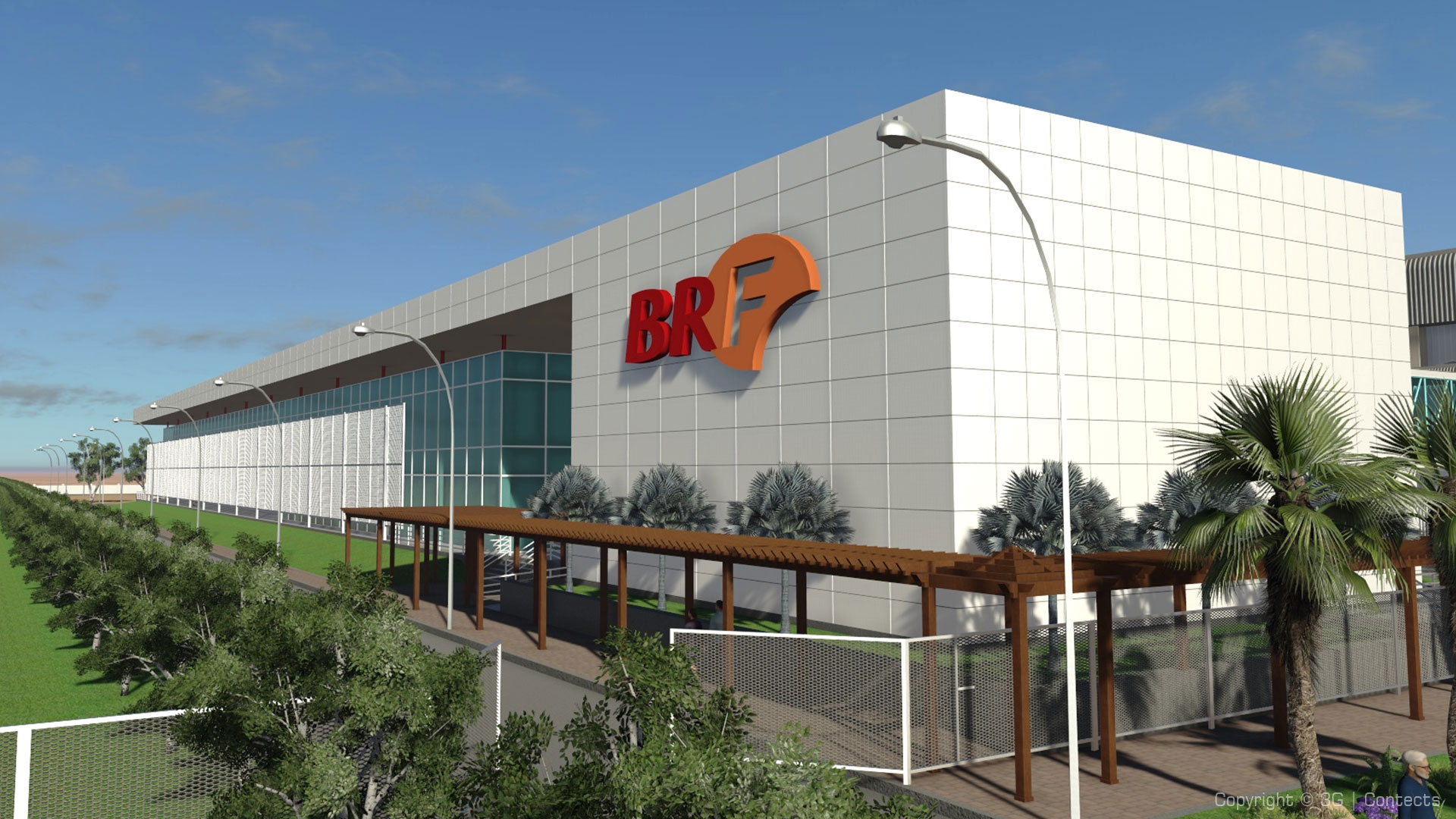 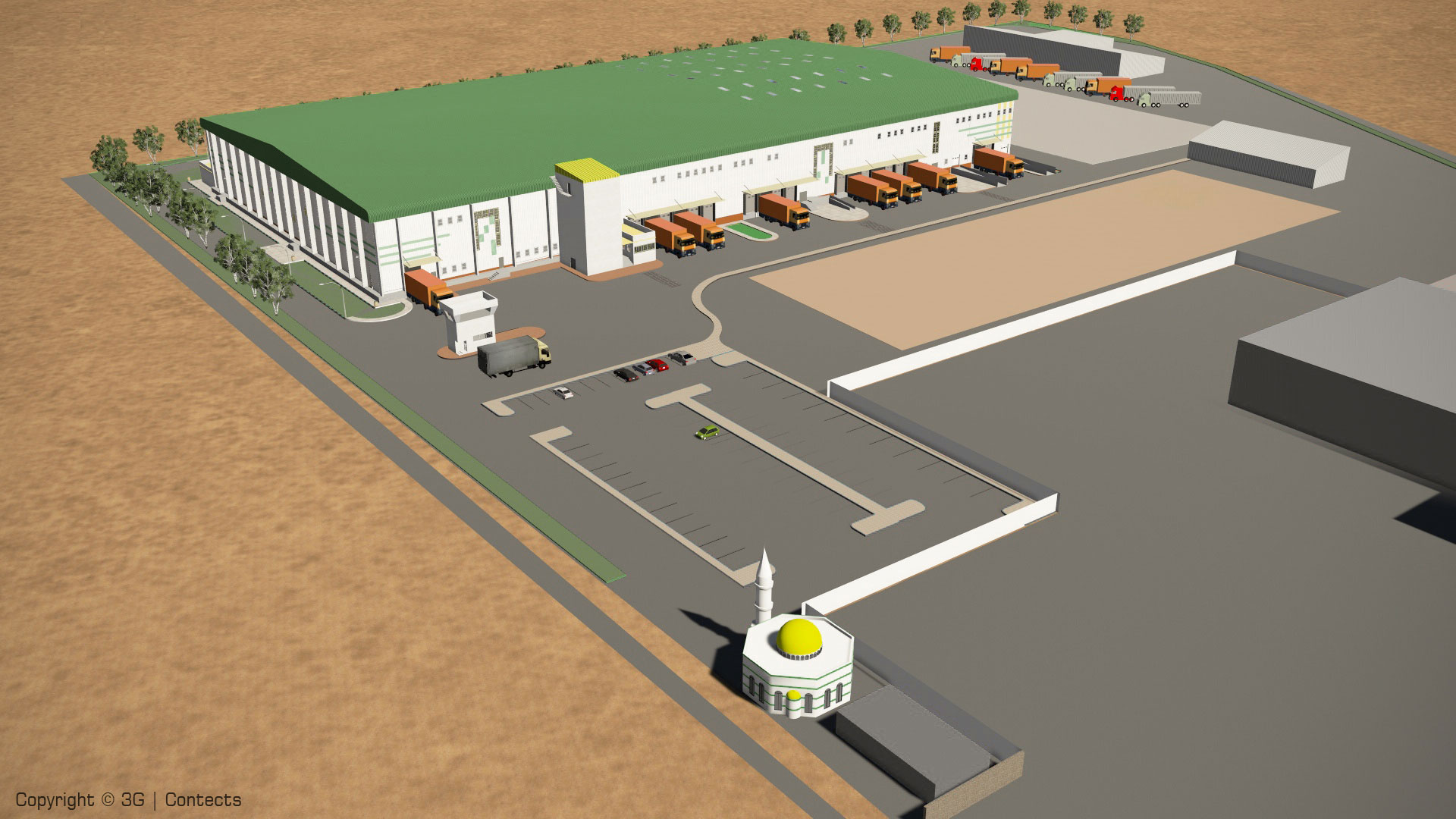